Thirty SSR primer pairs chosen randomly from the sugarcane database SSR primer collection, were used to detect polymorphism in 17 sugarcane accessions. A total of 62 DNA fragments were generated by the 30 primers with an average of about 2.14 bands per primer. Bands yielded by the primer in this study ranged from 1 to 4. The genetic distances were constructed and relationships between accessions were demonstrated graphically using a dendrogram. Genetic similarity ranged from 62.90% to 90.30% and highest genetic similarity of 90.03% was observed among genotypes S-2003-US-118 and S-2003-US-312. From this study it may be concluded that SSRs markers are reliable tool for the investigation of genetic diversity in sugarcane.

Retraction Notice: This paper has been retracted from the journal after receipt of written complains. This journal is determined to promote integrity in research publication. This retraction is in spirit of the same. After formal procedures editor(s) and publisher have retracted this paper on 08th March-2022. Related policy is available here: https://goo.gl/EeAYxy

In recent years, the consumer demand for natural ingredients has resulted in a sustained growth in the global market of essential oils. The use of these oils faces many disadvantages related to their variability of composition and storage instability. Currently, there are many techniques that can immobilize the volatile compounds of the essential oil to stabilize the latter, protect it against light, oxygen and temperature and modulate the release of its constituents. The goal of our work was to encapsulate the essential oil of lemon in amorphous porous SiO2 in order to use it as an antioxidant in lightening margarine and to study the consumer's acceptability of this margarine. As a result, the encapsulated essential oil gave a resistance to oxidation comparable to that of the reference antioxidant (α-tocopherol) used in lightened margarine.

The variability assessed in red rot resistant somaclones of sugarcane genotype S97US297 in R1 and R2 generations was aimed to investigate. Somaclonal variation provides an alternate to generate variability in the existing genotypes. Fifteen red rot resistant entries (somaclones) selected from R0 generation were studied in R1 and R2 generations in three replications using randomized complete block design (RCBD). The analysis of variance and different genetic parameters were calculated. Cluster analysis was done using Ward’s method. The somaclones showed highly significant difference in all the agronomic and quality traits except pol and purity in R1 generation. Whereas in R2 generation significant and highly significant differences were observed in all the parameters studied. A wider variation was observed in all the characters especially in morphological traits. Variance computed in the table indicated that maximum variation was found for leaf area, plant height, cane height, number of millable canes and cane yield. The genotypic variances for the said characters were 897.34, 142.23, 87.58, 75.65 and 59.57 respectively. Genotypic variance followed the same trend as of phenotypic variance for all the characters. High genotypic coefficient of variability as well as phenotypic coefficient of variability percentage was observed for number of internodes, number of millable canes, cane yield and cane weight. Heritability estimates in broad sense were relatively high for almost all the traits studied especially cane thickness, number of millable canes, cane yield, cane weight and leaf area in R1 generation whereas in R2 generation only plant height, number of internodes and leaf area showed high heritability. Two years studies authenticate that these are the somaclones which are on the basis of parameters studied close to each other and with the parent; however somaclones are resistant to red rot and parent is susceptible to red rot disease.

Retraction Notice: This paper has been retracted from the journal after receipt of written complains. This journal is determined to promote integrity in research publication. This retraction is in spirit of the same. After formal procedures editor(s) and publisher have retracted this paper on 08th March-2022. Related policy is available here: https://goo.gl/EeAYxy

Many soil microorganisms are able to dissolvethese types of potassium and have been applied in agriculture. These potassium solubilizing bacteria (KSB) have also been shown to have by many other direct or indirect plant growth-promoting activities. This study's aim was isolation, screening and plant growth-promoting characterization of KSB from rhizospheric soil of some crops in Vietnam. The results were that thirty-four KSB isolates were collected on Aleksandrov agar medium from ten soil samples from the rhizospheres of banana, pitaya, and mango. By the spot streak technique on this medium, three KSB isolates including BE204, BE208 and BE220 were screened with the potassium solubility indexes 10.87, 10.97, and 10.72, respectively. All of three selected isolates were identified as belong to Burkholderia genus by the specific protein springers, in which, BE208 had the best match with B. gladiola. The two strains BE204 and BE208 showed a higher potential because of the capility to antagonize to most of thirteen surveyed phytopathogens including Phomopsis longicolla, Neoscytalidium dimidiatum, and Phyllosticta cavendishii, based on the dual culture technique, causing significant damage on many crops in Vietnam. In addition, the two strains were also able to dissolve phosphate and zinc and produce enzymes hydrolyzing protein, starch and cellulose by also the spot streak technique. The results contributed the potential bacterial collection for the research and development of products from indigenous KSB in Vietnam. However, additional classifications as well as the safety of these selected strains need to be further investigated.

In this study, we study the effect of salinity on the growth of rosemary plants and salt tolerance. For this purpose, the plants were grown in a 2 L pot containing the soil collected in the Nador region (Morocco) and treated with different concentrations of NaCl (T1: 0 mM, T2: 50 mM, T3: 100 mM and T4: 200 mM). We analyzed the effect of these treatments on essential oil content, growth parameters and biochemical parameters such as chlorophyll, proteins, soluble sugars, proline and total phenols. The results found here have shown that salinity negatively influences the content of dried leaves in essential oils, the growth and the pigment levels of rosemary plants. However, treatment with high doses of salt (T3: 200 mM NaCl) can have a positive impact on biochemical parameters such as glucose, proline, soluble proteins and total phenols. These results suggest that Rosmarinus officinalis is relatively tolerant to salt stress and a high concentration of NaCl improves the nutritional quality of this plant by accumulating high levels of phenols. Therefore, Rosmarinus officinalis is a good candidate for growing in the saline soils of the Nador region and could play an important role in reducing the risk of desertification.

Two seeded female date palms namely Qina1 and Qina 2 were selected and compared with Sewi cultivar concerning vegetative traits, fruit retention, fruit set, yield and fruit properties.Since the two unknown seeded date palms under investigation have superior morphological fruit characteristics also physical or chemical ones. The obtained results revealed that, Qina 2 registered the highest value of vegetative parameters such as girth of trunk, leaf length, leaflet length and number of leaflets, alsoshowed the highest value of fruit set (80.6 and 81%), bunch weight (15.3 and 16.2kg) and yield/ palm (153 and 162 kg/palm) in the both seasons, respectively. Qina 2 recorded the highest values of TSS (27 and 27.8%), reducing sugars (41 and 42%) and non-reducing sugars (13.6 and 13.8%) in the two seasons, respectively. The molecular level, were hired 9 primers for RAPD technique. These primers had a total of 54 different alleles for three genotypes. The maximum Polymorphic Information Content value and polymorphism percentage that discovered by OPA-04, OPA-07 and OPO-13 markers exposed a high score of 7 bands with polymorphism. Primers OPA-02, OPB-14 and OPO-19 manifested minimum level from bands (5 bands) with 60%. These results revealed that Qina2 considered as a superior with high yield with good fruit and good genetic marker properties when compared with Sewi commercial cultivar.

Maximization of crops production under stress conditions (drought...etc.) is the main target for all countries including Egypt. A little is known about the joint effects of nutrients stimulating N2 fixation under water stress. So, field research trial was executed during the season of 2021 as the sake of studying different regimes of irrigation as main plots i.e., irrigation with 50 m3 water fed-1 which represented the followed irrigation and irrigation with 37.5 and 25 m3 water fed-1 which represented the water deficit, addition of some solutions as  subplots [ without (control treatment), Mo, Co, Cu, Co+ Mo, Co+ Cu and Mo+Cu at rate of 10 mg L-1 for all] and exogenous application of melatonin (with or  not ) at rate of 1.0mmol L-1 as sub-subplots on the performance of red kidney bean plants. The findings showed that plants irrigated with 37.5 and 25 m3 water fed-1 possessed a low performance and cumulative yield compared to red kidney bean plants irrigated with 50 m3 water fed-1. Also, molybdenum, cobalt and copper solutions (either alone or in combination) improved nodulation nitrogenase activity and No. of nodules plant-1compared to plants untreated, thus these treatments positively reflected on all studied growth criteria, pods yield and its components, where the superior treatment was Co plus Mo as combined treatment. The exogenous application of melatonin improved the tolerance of plants to water deficit comparing with untreated plants. Also, water deficit stress (37.5 and 25 m3 water fed-1) caused raising production of enzymatic antioxidants in plant tissues such as peroxidase and catalase, while solutions addition as well as exogenous application of melatonin led to a decline of the red kidney bean plant's self-production from these enzymatic antioxidants. Available N, P and K of soil after harvest pronouncedly differed as a result of studied treatments.

Carob (Ceratonia siliqua, Fabaceae) is a Mediterranean tree with socio-economic and ecological interests. The conventional propagation of carob is difficult, therefore, micropropagation offers an efficient alternative to respond to the increasing demand for this valuable plant. In vitro culture establishment of explants from an adult tree was successfully performed on Murashige and Skoog (MS) medium supplemented with 4.4 μM 6-benzylaminopurine (BAP) and 2.46 μM 2-isopentenyladenine (2iP) for stem node segments, while direct organogenesis from leaf segments was optimum on MS medium supplemented with 4.54 μM 1-phenyl-3-(1,2,3-thiadiazol-5-yl) urea (TDZ). Leaf segments produced twice the number of shoots (10.67 shoots/explant), compared to the stem node segments. The highest proliferation of shoots was observed on MS medium supplemented with 8.9 μM BAP and 2.46 μM 2iP. Root induction was observed on the shoots cultured on MS medium supplemented with 9.8 μM indole-3-butyric acid (IBA) and 1.9586 μM tryptophan (Trp) on 86.67% of shoots. Well rooted plantlets were successfully acclimatized to the greenhouse. This report describes an improving protocol for the micropropagation of carob to respond to the needed efforts to cultivate carob in Egypt.

ROLE OF MEDICINAL PLANTS IN THE MANAGEMENT OF BRAIN DISORDERS: A REVIEW UPDATE

Currently, brain disorders are a serious public health challenge worldwide. Synthetic drugs show symptomatic long treatments and cause serious side effects with poor patient compliance in the treatment of brain disorders. Therefore, the herbal/Ayurvedic treatments are being preferred over synthetic drugs for a variety of mental and neurological disorders like Parkinson’s disease, Alzheimer’s disease, epilepsy, depression, anxiety, schizophrenia etc. Many plants have traditionally been used in the treatment of a variety of brain disorders. The herbal products offer considerable advantages in respect to easy accessibility, negligible or minimal side effects and cost effectiveness. In the present time much attention is being towards the herbal remedies for brain related disorders, which generates new hopes for the patients suffering from brain disorders. Over 60 million Indian population suffering from brain disorders and the country lags behind  for treatment  and  spending much budget  in  the  hospitals  for  mental  cure, therefore it  is  high  time to think and look forward for  establishment of alternative system of medicine. As per recent reports about 1-2% Indian population suffers from schizophrenia whereas over 5% Indians  suffers  from common  mental  disorders  such as  anxiety, depression,   epilepsy etc.  A number of medicinal plants have been used for a variety of mental disorders such as epilepsy, depression, paralysis, Alzheimer’s diseases, insomnia, Parkinson’s disease, anxiety etc. In the present review an attempt has been made to review the current situation of mental disorder with its effective solution with the used of medicinal plants to combat various side effects of synthetic drugs. 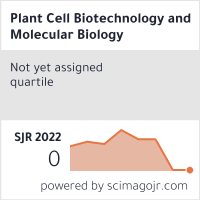